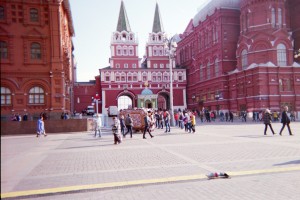 Some of the most interesting findings of the 2016 poll of Russian elites, including those at ministerial positions in the executive branch of Russian government, Russian media figures, members of the Duma, and major business people:

The full report and summary is available here: “Finally, Cohen reports, an influential faction in Kremlin politics has long insisted, behind closed doors, that the US-led West is preparing an actual hot war against Russia, and that Putin has not prepared the country adequately at home or abroad. During the past two weeks, this struggle over policy has erupted in public with three prominent members of the Russian elite charging, sometimes implicitly but also explicitly, that Putin has supported his “fifth column” government headed by Prime Minister Dmitrii Medvedev. They are not seeking to remove Putin; there is no alternative to him and his public approval ratings, exceeding 80 percent, are too high. But they do want his government replaced and their own policies adopted. Those policies include a Soviet-style mobilization of the economy for war, and more proactive military policies abroad, especially in Ukraine. Cohen wonders whether US and NATO policymakers are sleepwalking toward war with Russia or whether they actively seek it. ”

Please listen to this important interview  at:  https://audioboom.com/boos/4518912-nato-guns-along-the-russian-frontier-stephen-f-cohen-nyu-princeton-eastwestaccord-com