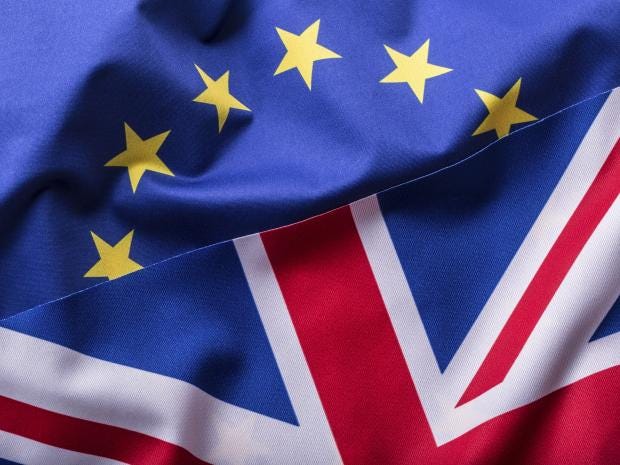 I have no opinion on Brexit and see it as an issue that is up to the British people to decide for themselves.  However, I do think the decision of the British to vote to leave the EU is understandable, whether one agrees with it or not.  Seeking to understand it is imperative as Glenn Greenwald writes in this fine analysis, excoriating many in the corporate media for their judgmentalism and refusal to understand, instead reducing a significant portion of the British public to caricatures of buffoons and racists.  Here are some highlights:

The decision by UK voters to leave the EU is such a glaring repudiation of the wisdom and relevance of elite political and media institutions that — for once — their failures have become a prominent part of the storyline.

Media reaction to the Brexit vote falls into two general categories: (1) earnest, candid attempts to understand what motivated voters to make this choice, even if that means indicting one’s own establishment circles, and (2) petulant, self-serving, simple-minded attacks on disobedient pro-leave voters for being primitive, xenophobic bigots (and stupid to boot), all to evade any reckoning with their own responsibility. Virtually every reaction that falls into the former category emphasizes the profound failures of Western establishment factions; these institutions have spawned pervasive misery and inequality, only to spew condescending scorn at their victims when they object….

…In sum, the West’s establishment credibility is dying, and their influence is precipitously eroding — all deservedly so. The frenetic pace of online media makes even the most recent events feel distant, like ancient history. That, in turn, makes it easy to lose sight of how many catastrophic and devastating failures Western elites have produced in a remarkably short period of time.

In 2003, U.S. and British elites joined together to advocate one of the most heinous and immoral aggressive wars in decades: the destruction of Iraq; that it turned out to be centrally based on falsehoods that were ratified by the most trusted institutions, as well as a complete policy failure even on its own terms, gutted public trust.

In 2008, their economic worldview and unrestrained corruption precipitated a global economic crisis that literally caused, and is still causing, billions of people to suffer — in response, they quickly protected the plutocrats who caused the crisis while leaving the victimized masses to cope with the generational fallout. Even now, Western elites continue to proselytize markets and impose free trade and globalization without the slightest concern for the vast inequality and destruction of economic security those policies generate.

In 2011, NATO bombed Libya by pretending it was motivated by humanitarianism, only to ignore that country once the fun military triumph was celebrated, thus leaving a vacuum of anarchy and militia rule for years that spread instability through the region and fueled the refugee crisis. The U.S. and its European allies continue to invade, occupy, and bomb predominantly Muslim countries while propping up their most brutal tyrants, then feign befuddlement about why anyone would want to attack them back, justifying erosions of basic liberties and more bombing campaigns and ratcheting up fear levels each time someone does. The rise of ISIS and the foothold it seized in Iraq and Libya were the direct byproducts of the West’s military actions (as even Tony Blair admitted regarding Iraq). Western societies continue to divert massive resources into military weaponry and prisons for their citizens, enriching the most powerful factions in the process, all while imposing harsh austerity on already suffering masses. In sum, Western elites thrive while everyone else loses hope.

These are not random, isolated mistakes. They are the byproduct of fundamental cultural pathologies within Western elite circles — a deep rot. Why should institutions that have repeatedly authored such travesties, and spread such misery, continue to command respect and credibility? They shouldn’t, and they’re not. As Chris Hayes warned in his 2012 book Twilight of the Elites, “Given both the scope and depth of this distrust [in elite institutions], it’s clear that we’re in the midst of something far grander and more perilous than just a crisis of government or a crisis of capitalism. We are in the midst of a broad and devastating crisis of authority.”…

…There is no one, unifying explanation for Brexit, or Trumpism, or the growing extremism of various stripes throughout the West, but this sense of angry impotence — an inability to see any option other than smashing those responsible for their plight — is undoubtedly a major factor. As Bevins put it, supporters of Trump, Brexit, and other anti-establishment movements “are motivated not so much by whether they think the projects will actually work, but more by their desire to say FUCK YOU” to those they believe (with very good reason) have failed them.

Obviously, those who are the target of this anti-establishment rage — political, economic, and media elites — are desperate to exonerate themselves, to demonstrate that they bear no responsibility for the suffering masses that are now refusing to be compliant and silent. The easiest course to achieve that goal is simply to demonize those with little power, wealth, or possibility as stupid and racist: This is only happening because they are primitive and ignorant and hateful, not because they have any legitimate grievances or because I or my friends or my elite institutions have done anything wrong. As Vice’s Michael Tracey put it:

Because that reaction is so self-protective and self-glorifying, many U.S. media elites — including those who knew almost nothing about Brexit until 48 hours ago — instantly adopted it as their preferred narrative for explaining what happened, just as they’ve done with Trump, Corbyn, Sanders, and any number of other instances where their entitlement to rule has been disregarded. They are so persuaded of their own natural superiority that any factions who refuse to see it and submit to it prove themselves, by definition, to be regressive, stunted, and amoral.

Indeed, media reaction to the Brexit vote – filled with unreflective rage, condescension, and contempt toward those who voted wrong – perfectly illustrates the dynamics that caused all of this in the first place. Media elites, by virtue of their position, adore the status quo. It rewards them, vests them with prestige and position, welcomes them into exclusive circles, allows them to be close to (if not themselves wielding) great power while traveling their country and the world, provides them with a platform, fills them with esteem and purpose. The same is true of academic elites, financial elites, and political elites. Elites love the status quo that has given them, and then protected, their elite position.

Because of how generally satisfied they are with their lot, they regard with affection and respect the internationalist institutions that safeguard the West’s prevailing order: the World Bank and IMF, NATO and the West’s military forces, the Federal Reserve, Wall Street, the EU. While they express some piecemeal criticisms of each, they literally cannot comprehend how anyone would be fundamentally disillusioned by and angry with these institutions, let alone want to break from them. They are far removed from the suffering that causes those anti-establishment sentiments. So they search and search in vain for some rationale that could explain something like Brexit, or the establishment-condemning movements on the right and left, and can find only one way to process it:These people are not motivated by any legitimate grievances or economic suffering, but instead they are just broken, ungrateful, immoral, hateful, racist, and ignorant.

For an in-depth analysis on the myth of the European Union versus the reality, see:

The Left and the EU: Why Cling to This Reactionary Institution? by Joseph Richardson at: