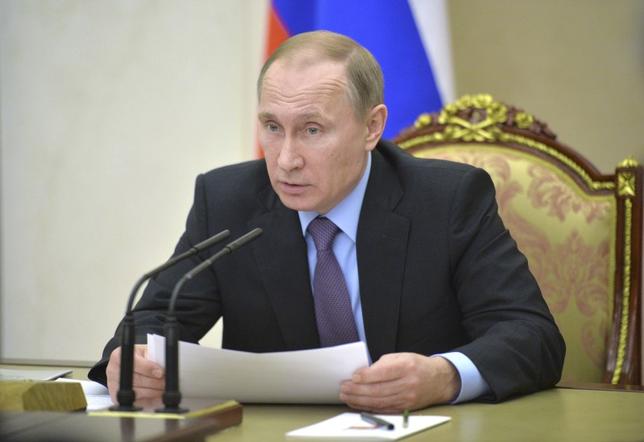 James Harris actually sounds like a very credible authority on the Stalin era of the Soviet Union in his July 28th article for The Conversation.  His insights about it, which comprise the first 80% of the piece,  are interesting and motivated me to put his book in my Amazon cart.  But in the home stretch, he trots out the same old tired – and mostly discredited – tropes about Putin and Russia, trying to somehow generalize out from Stalin to Putin.  And that’s when I started to sigh, shake my head and curse under my breath at my computer screen.

Harris jumps from the recalcitrant attitude and crimes of the KGB in 1954 to Putin having been employed by the agency from the 1970’s to approximately 1991.  No context or detail is provided about the nature of Putin’s actual job at the KGB, just innuendo that Putin, by virtue of having worked for the agency, is a really scary dude and somehow comparable to Stalin:

The Soviet political police, renamed the KGB in 1954, never recognised the monstrous crimes that they had contributed to under Stalin’s direction. They perceived themselves as heroes of the story, brilliantly anticipating and intercepting the evil deeds of the regime’s enemies.

Vladimir Putin, the president of Russia, rose from the ranks of the KGB in the 1970s. He was trained in its methods and steeped in its mentality. While one should not leap to the conclusion that he is a prisoner of his early career, the echoes of KGB (and Stalin’s) thinking are present in the messages delivered relentlessly by the state-controlled media.

The population is told that the US and EU want to reduce Russia to the status of a third-rate power, to take control over her resources and subvert her values. Putin does not propose officially to rehabilitate the figure of Stalin, but he does little to challenge the public presentation of his predecessor as someone who made Russia a great power, and who stood up to the West.

Today we better understand the exaggerated fears that sparked the paroxysm of state violence that was the Great Terror. But in Russia, the echoes of those same fears prevent an open discussion of Stalin’s crimes, and serve to reinforce Putin’s authoritarianism.

In his early years at the KGB, Putin worked in counter-espionage and later served for several years in Dresden as a mid-level analyst.  He was not an assassin or torturer, and he turned down a promotion to the headquarters of the KGB’s foreign intelligence operations division in Moscow upon his return to the Soviet Union, finally resigning from the agency to work for the liberal reform mayor of St. Petersburg, Anatoly Sobchak, eventually serving as his trusted deputy.

Might that comment warrant some significance in analyzing Putin’s mindset?  Is it possible that Putin might be somewhat of an intellectual with all of that education in law and economics?

Can we entertain the possibility that maybe Putin is a much more nuanced and complicated leader who has been doing his best to revive a sprawling country that was virtually a failed state in 2000 – in a leadership position that he didn’t ask for and didn’t want when Yeltsin approached him as his successor?

No, it’s all about the KGB all the time and the implication that he’s Stalin Jr.  This, despite the fact that Russia is a transitional society with elements of both democracy and authoritarianism and Putin, aside from Gorbachev and Medvedev, is the least authoritarian leader Russia has ever had in its 1,000 year history of authoritarian rule.

This is not to say that Putin has no faults or has never made any mistakes.  I don’t believe that Putin is the second coming, like a few people I’ve encountered seem to think.  But as far as matching Stalin’s viciousness, there is no actual evidence supporting claims that Putin puts out hits on anyone who looks at him funny, be they journalists or political opponents.  These are simply unsubstantiated claims that are repeated in the western media until they are taken as fact.  In the race to lock up as many of one’s own citizens as possible, Russia lags behind both the U.S. (#1) and China (#2).  Putin has even nixed popular requests to bring back the death penalty.

Does this really sound like someone who makes decisions based on What Would Stalin Do?  On the contrary, Uncle Joe would surely view Putin – presiding over no state executions or gulags and minimal overt censorship – as a total weenie.

As far as the claim that Putin does little to challenge a positive image of Stalin, perhaps Harris didn’t get the memo about Putin approving a monument that is currently being erected in Moscow to honor the victims of Stalin’s repressions (indeed all of the victims of political repression throughout Russian history).  Guess he never heard of the petition that the locals of Volgograd presented to Putin a couple of years back requesting that the name of their city be permanently changed back to Stalingrad.  Putin demurred.

As for the “alleged mistreatment” by the West that Harris implies is a myth that Russia invokes just to be a whiner, one would have to forget about Putin’s first term in office in which he made quite an effort to work with the West, despite the fact that the West had tried to ruthlessly exploit Russia in the 1990’s, before he was forced to realize that his attempts at cooperation got him no reciprocity with respect to Russia’s interests.  And as we all know, NATO is really just a merry club of democratic nations, flirting with Russia on its borders. Russia, like some coy maiden, is just pretending not to like it.

It’s much the same from Stephen Kotkin, author of the acclaimed “Stalin” – a multi-volume biography of the demon from Georgia.  Volume I comes in at just under a thousand pages.  As with Harris, I have no doubt as to Kotkin’s encyclopedic knowledge of Stalin and his grand insights into the man and the era. But in a December 2014 interview with Strobe Talbot – an American exceptionalist and advocate of NATO expansion during the Bill Clinton administration – Kotkin veers off the same cliff toward the end of his interview.

But, in the end, you have a tragic history that’s very difficult to assimilate, but there were things that Stalin did that Putin cannot overcome.  And then there are behaviors that we see with Stalin that Putin is trying to learn from.  Putin is not a figure on the level of Stalin.  There is no figure in world history with fewer exceptions that are on the level of Stalin in terms of how long they ruled and what happened under their rule.

Kotkin does not elaborate on what exactly “Putin cannot overcome” with respect to the Stalin era history or what behaviors of Stalin that “Putin is trying to learn from.”  The comment obscures more than it clarifies.  Of course, Talbot jumps on the Putin tie-in by asking Kotkin the following semi-incoherent question:

This thing with the comparison and the contrast between Putinism and Stalinism, it seems to me, on the basis of what you’ve just said, that the most salient difference between the two isms is that Stalinism was based on the glorification of ethnic pluralism and subsuming all nationalisms into an internationalist ideology; whereas, Putin has substituted for that international ideology, Russian chauvinism with its companion piece, irredentism.  First of all, is that a fair characterization?  And as you extrapolate from that looking forward, do you see a danger for Russia?

To which Kotkin provides a truly bizarre answer:

One of the reasons Putin is very different from Gorbachev — there are many different reasons, okay, not just one reason. But one of the reasons is because Gorbachev was in charge of a multiethnic state, the Soviet Union, for which integration into larger structures could make sense. The country is 50-something percent ethnic Russian under Gorbachev. Now, today’s Russia is more than 80 percent ethnic Russian. It is a very Russian national state in composition. And so the idea of managing a multinational empire is not as salient as it was under Gorbachev. Instead, you’re dealing with a Russian national — something like this we have with Serbia and Yugoslavia. In some ways, Yugoslavia was an attempt to contain Serbia nationalism. And in some ways, the Soviet Union was a container of Russian nationalism. But here’s the thing that’s similar though. For all those differences, those are very, very important. And when you go down the Russian nationalist path, when you are conjuring a Russian national story, when you are playing to the Russian national crowd as Putin is doing, we’re not sure where this is going.

First of all, the question was to compare and contrast Putin with Stalin, not Gorbachev.  Since Kotkin says “Gorbachev” three times, it is not likely that he simply misspoke and said “Gorbachev” when he meant to say “Stalin.”  So, one has to ask:  why would Kotkin choose to shift the discussion from a comparison of Putin with Stalin to Putin with Gorbachev.

My guess is that Kotkin is aware that on some level he is expected to say that Putin is an authoritarian baddie with no redeeming qualities and, to some extent, he knows he must play to that expectation if he wants to be invited back to discuss his work at such prestigious venues as the Brookings Institution.   After all, mainstream western news networks and pundits are not busting down Prof. Stephen F. Cohen’s door with requests for interviews and presentations. Cohen is a preeminent expert on 20th and 21st century Russia, but he refuses to go against the evidence and say that Putin is Stalin, so he is persona non grata for most of the western mainstream media.

Kotkin must also must know that Putin is simply nowhere in the same league as Stalin and to discuss Putin’s governance and temperament in any honest detail would undermine the Putin is Stalin innuendo, so he shifted to comparing Putin to the most liberal and least authoritarian leader in Russia’s history, Gorbachev.*

From what I can ascertain at this point, there are complicated feelings about Stalin in Russia.  It is largely recognized, for example, that if Stalin had not brutally modernized the Soviet Union, the Nazis would probably have been able to overrun them.  For better or worse, Stalin is associated with being the strong leader that got them through WWII and beat back the Nazis.  I don’t think most Russians deny his brutality as many have family members who were victims of his rule in some way.  Putin acknowledges Stalin’s leadership in WWII, but has also publicly acknowledged Stalin’s brutality and condemned it on more than one occasion.  Bottom line:  it’s complicated.

For an enlightening discussion on the complicated legacy of Stalin in contemporary Russia, listen to John Batchelor’s May 31, 2016 interview with Professor Cohen (approx. 40 minutes).