An agreement was reached in mid-May at the Council of Europe for Russia to return to the organization, with full restoration of voting rights, after it was suspended in 2014 following the Crimean reunification. According to reporting by Reuters:

The agreement follows efforts by France and Germany to find a compromise among the 47-nation group and means Russia will likely take part in a meeting of the council’s parliamentary assembly in June, when key new appointments will be made.

Russia has indicated it will resume payment of its membership dues as a result. It stopped payment nearly two years ago after its voting rights in the council were suspended over its 2014 annexation of Crimea from Ukraine.

Ukraine, supported by five other countries, tried unsuccessfully to block the agreement, which was approved by a qualified majority, diplomats said.

….Diplomats said that Georgia, Estonia, Latvia, Lithuania and Armenia joined Ukraine in opposing the agreement, while 39 countries backed it.

Moldova did not participate in the vote and Russia abstained. Britain and Poland — despite supporting Ukraine’s position in the committee of ministers — approved the text, sources said.

With respect to the EU sanctions that were instituted against Russia around the same time in response to the Crimea brouhaha, during a recent meeting in Milan of 11 rightist leaders in Europe, Italian Deputy Prime Minister Matteo Salvini, declared in an interview with Russian media that the sanctions were harmful to its economic interests and should be ended. RT quoted Salvini as telling Sputnik news:

“I continue to believe that we don’t need sanctions. The issue of their removal unites all decent people,” Salvini told Sputnik new agency after holding a major rally that included leaders of 11 right-wing European parties in Milan on Saturday [May 19th].

Of course, this isn’t the first time there have been rumblings of complaint about the Russia sanctions from the Mediterranean countries of Europe that have been suffering economically, like Italy, Greece and Spain. But none of these governments have ever had the temerity to actually follow through on voting against the sanctions which have to be renewed by all EU members each year. In recognition of this fact, Salvini spoke of the necessity of changing the political alignment of the European parliament:

Salvini stressed that much would depend on the outcome of the upcoming elections, including whether it would be possible to repeal the anti-Russia restrictions.

On May 21st, Renata Dwan, the UN’s Director of the Institute for Disarmament Research declared the risk of nuclear of nuclear conflict to be urgent and at its highest rate of danger since WWII, citing advances in nuclear weapons technology and the breakdown of arms control treaties as two of the main problems:

With disarmament talks stalemated for the past two decades, 122 countries have signed a treaty to ban nuclear weapons, partly out of frustration and partly out of a recognition of the risks, she said.

“I think that it’s genuinely a call to recognize – and this has been somewhat missing in the media coverage of the issues – that the risks of nuclear war are particularly high now, and the risks of the use of nuclear weapons, for some of the factors I pointed out, are higher now than at any time since World War Two.”

Meanwhile, according to Hans Kristensen of the Nuclear Information Project at the Federation of American Scientists, the Pentagon has taken the opportunity in its most recent Nuclear Posture Review (NPR) to exaggerate the number of Russia’s tactical nuclear weapons in order to justify production of its own low-yield nuclear warheads. Kristensen writes in a May 7th article for Forbes:

But is Russia actually increasing the number of its non-strategic nuclear weapons? In stark contrast with the NPR claim, I hear there’s no significant increase in the total numbers. On the contrary, there has been a significant reduction over the past ten years – the very period the NPR uses as the basis for its threat assessment. … [I]n February 2018, the Trump administration’s NPR reported that Russia had ‘an active stockpile of up to 2,000 non-strategic nuclear weapons…’ That’s is close to the estimate we have made here at FAS for the past several years.

[T]hat is not an increase but a significant reduction of more than 1,000-3,000 tactical warheads over ten years. … This discrepancy between the significant reduction of Russian tactical nuclear warheads over the past ten years and the NPR’s alarming portrayal of a dangerous increase is deeply disturbing. Not only does it apparently mischaracterize what Russia is actually doing … it seems to distort what the U.S. intelligence community knows, for the apparent purpose of creating political support in Congress to pay for new nuclear weapons.

Just prior to winning election as the new president of Ukraine, Zelensky stated that accession to NATO should be voted on by referendum, acknowledging that the country is divided on the issue. Recent polling indicates that approximately 1/3 of Ukrainians oppose NATO membership, with a majority opposing in the eastern part of the country and a plurality opposing in the southern area.

Meanwhile, the disgraced former president, Poroshenko, has had criminal charges filed against him at the State Bureau of Investigation for treason with regard to last November’s Kerch Strait incident. The allegation, by lawyer Andrey Portnov – who served as deputy head of Maidan-deposed president Yanukovich’s administration – is that Poroshenko illegally fostered and then used the crisis to declare martial law in an abuse of power. Watch the segment below from Vesti News for details:

The campaign to help fund the publication of my forthcoming book “The View from Moscow: Understanding Russia and U.S.-Russia Relations” is ongoing. Thank you to Larry Sloan for being the first contributor with a $100 donation.

All donations, large or small, are greatly appreciated in helping me get this book out to the world.  Thank you. 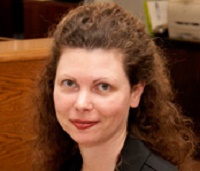