I will be posting more sporadically through the end of May due to preparations for my return trip to Russia in the first half of May.  I will be visiting Moscow in time for the annual Victory Day celebrations on May 9th, commemorating the defeat of Nazi Germany and will then be heading to St. Petersburg.

I am currently doing research on Russia’s three revolutions (1905, February 1917 and October 1917) and will be asking Russians what they think of the 1917 Revolutions and finding out how the government intends to commemorate it.

I will be writing an article on the 1905 Revolution and then another on the 1917 Revolution(s), the latter of which will include information gleaned from my discussions with Russians. 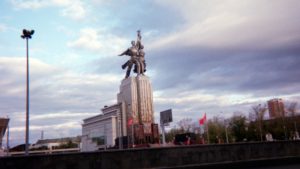 I also hope to maybe get a couple of travelogue-style posts in while I’m in Russia, but that will depend on the technology I have available.

6 thoughts on “More Sporadic Posting Through End of May”