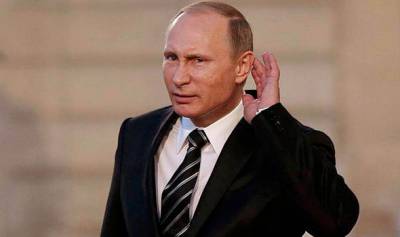 What’s that about being isolated and the economy being in tatters?

Putin has been a busy bee the past few weeks, finalizing an oil rig deal with Iran worth $1 billion, which will see Russian companies building 5 off-shore rigs to facilitate oil and gas exploration by Iran in the Persian Gulf, as well as signing 20 agreements worth approximately $1.3 billion with Japan at the Eastern Economic Forum.

And as Alexander Mercouris writes of the recent G20 summit in China, Putin was a man in demand:

It is the Russians who despite the odd setbacks are increasingly making the weather in the Middle East, with Putin at the G20 summit having intense and substantive talks with Erdogan, Egypt’s General Sisi, and the Saudis, even as Russia continues to develop its relations with Iran.

Even the Europeans are talking to the Russians.  Putin made it clear before the G20 summit that following the Crimean incident he would not meet with Merkel, Hollande and Poroshenko in the Normandy Four format in Hangzhou.  The result?  Merkel and Hollandestill met with him – though separately (as Putin probably wanted) – with Poroshenko nowhere to be seen.

Of the Europeans, it was not just Merkel and Hollande who met with Putin in Hangzhou.  Britain’s Theresa May met with him as well, in a somewhat stiff “get-to-know-you” meeting marking her first proper foray into international diplomacy.

Putin of course also met in Hangzhou with the leaders of Russia’s other BRICS partners apart from China: Modi of India, Zuma of South Africa and the new Brazilian President Michel Temer.  The meeting with Temer will have been particularly interesting, with Putin seeking – and apparently receiving – assurances that despite the recent change of government in Brazil the country remains committed to the BRICS.

Balancing the meeting with Brazil’s Temer, Putin however also met in Hangzhou with the other newly installed leader of the other Latin American giant: President Macri of Argentina.

Both Temer and Macri – unlike their predecessors – are conservative right wingers who will unquestionably tilt their two countries back towards their historically close relations with the US.  By continuing to talk with them and to engage with them Putin and the Russians however keep them engaged and keep the doors for future cooperation open.

Professor Stephen F. Cohen said the same in his most recent weekly interview with John Batchelor.

The Chinese even literally rolled out the red carpet for Putin’s arrival at the airport, while Obama was subjected to a decidedly different reception.

(Putin’s arrival in China for the G20; http://theduran.com/china-rolls-out-red-carpet-vladimir-putin-g20-obama-forced-exit-air-force-one-emergency-door/)

(Obama’s arrival in China at the G20; http://theduran.com/china-rolls-out-red-carpet-vladimir-putin-g20-obama-forced-exit-air-force-one-emergency-door/)

Bloomberg has reported that Igor Sechin, CEO of Russian oil company, Rosneft, has offered to buy the Russian state’s stake in the smaller Bashneft company worth $16 billion, which would provide a huge windfall for the Russian budget:

Rosneft PJSC chief Igor Sechin, not taking no for an answer, has come up with a proposal to expand his energy empire while helping critics in the Russian government meet their goal of reducing the widest budget deficit in six years.

Sechin, a longtime ally of President Vladimir Putin, has asked the government to let state-run Rosneft buy its controlling stake in smaller oil producer Bashneft PJSC for $5 billion in cash, a premium to the market, according to two senior officials. Russia could then earn another $11 billion by proceeding with its delayed sale of 19.5 percent of Rosneft itself, generating a $16 billion windfall that would cut this year’s projected deficit in half, they said.

….Sechin’s proposal is based on a study that Rosneft commissioned from Italian bank Intesa Sanpaolo SpA and submitted to the government. The report concluded that Russia could earn at least $11 billion selling the Rosneft shares to funds and trading companies in packets no bigger than 5 percent each, which would alleviate the concerns of some officials about selling to China, India or both, options that have been seriously considered, one of the people said.

Russia is disposing of assets to help cover a budget gap that opened after the collapse of crude prices sapped revenue and helped tip the economy into the longest recession since Putin came to power in 2000.

Starting September 12th, Russian naval vessels will participate in joint patrols with China in the South China Sea.  Exercises will run through the 19th.  As Russia Beyond the Headlines reports:

This is the fifth edition of the Sino-Russian “Sea Cooperation” drills, but it’s the first time that such an unstable region was chosen to hold the exercises.

….“In the near future this area will become home to China’s aircraft carrier group,” says Alexey Maslov, an academician with the National Research University Higher School of Economics. “Russia has recently been trying to significantly strengthen its military and military-technical cooperation with Beijing.”

Maslov says the military partnership between the two countries is developing at a much better pace than a number of economic projects.

“The current goal of the drills is to test the ability of the naval forces of the two countries to work together to solve crises in East and Southeast Asia,” he adds.

Maslov believes that Russia and China are exploring the possibility of a future political and military alliance. However, such an alliance is not likely to resemble NATO.